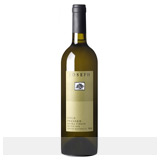 To celebrate the first ever JOSEPH red wine release under screwcap we are giving a free limited edition Italian crystal decanter to everyone who orders a case of our 2008 reds.

Joe says ‘I love the romance of pulling a cork but when an Amici Primo opens a treasured bottle they have lain down for years I want to guarantee it will be perfect’. Click here to order your wines today.

This bright green oil is so delicious the team used the entire first bottle in just two days! 2010 is the 21st release of our oils so they are really coming of age. Joe set off with a ladder in the back of his ute 21 years ago to knock on some doors and ask ‘are you going to do anything with those olives?’. What a difference 21 years makes, our oils are now an Australian gourmet icon and Matt Moran says ‘I love the JOSEPH First Run Olive Oil every year and it’s my first choice for Aria’. Click here for some great olive oil recipes from Dina Grilli