We were thrilled to see this great write-up from Tony Love in SA Weekend last week:

The Joseph Moda coincidentally is celebrating its 25th anniversary with the release of the latest (2012) vintage, and to look back at its vinous history Joe recently opened up every one of them. The collection is a testament to the ageing ability of cabernet sauvignon (albeit in a blend with merlot), and also a fascintating glimpse into the unusual “amarone’ technique Joe employs in the drying of the grapes before they go into the winery. The drying allows flexibility to pick grapes earlier and retain their natural fruit brightness, but also prompts with age a complex array of flavours that appear like beef stock through to roasted walnuts and panforte.

One thing Joe is convinced about is cabernet sauvignon’s suitability.
“It’s a tough little berry that can withstand the more challenging years,” he says. “You get the sun-filled Australianness of the raisins, as well as an Italian aged, earthy red character which comes around the seven-year mark.” If you’re a collector and have 2010, 2004, 2002, 1999, 1998, 1996, 1994, 1991, and even the 1989 and 1988 experimentals as Joe started out on this journey, then there are wonderful thrills to be had in your cellar.' 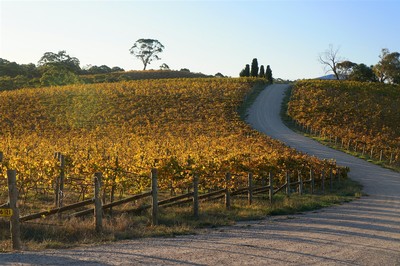